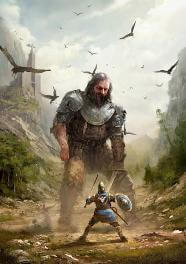 Egypt, 1988. One archeological team was searching for mummies in Egypt and mistakenly they found a mummified giant finger. This finger was 38 cm long in size. In this picture, you can clearly see a huge mummified finger which was discovered in the 1980s and first time displayed in the year 1988. After this, the finger never shown in public & mysteriously disappeared. No one knows where it is & what kind of research is going on over it. The government has secretly vanished it from the people’s eye.

In many countries, archeological researchers have found big footprints on stones. Some of them are 4 feet long. In this picture which was taken in South Africa, you can see a 4 feet long giant footprint on a rock. Such kind of evidence is present in all over the world. These evidences prove that Giants in our storybooks are not just myth but real creatures who existed in our past. Our ancestors have not just seen them but fought against them to save humanity and our ancient gods helped our ancestors to do so. This is the reason that we are present here today.

On many archeological sites, skeletons of giants have also been found all over the world. All of them mysteriously vanished from the museum overnight. Nobody knew what happened with those archeological researches. Actually, our governments don’t want us to know that the world where we are living in today, was not the same in its past. The truth is, “Our ancestors were not just making stories”. They were telling what they were watching.